Home About Backbone Of IPH 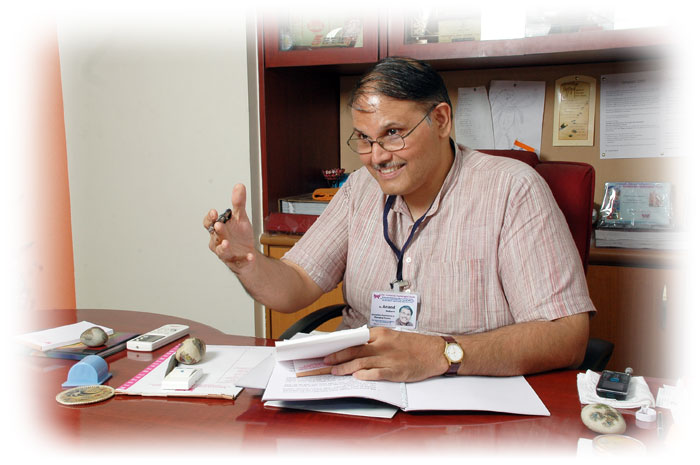 Dr Anand Madhusudan Nadkarni completed his Medical Graduation from Mumbai, and then earned his M.D. post graduation in Psychiatry from Mumbai University. He has been in active psychiatry practice since the last three decades. Focused completely on spreading awareness about Mental Health, he has taken the concept to almost every conceivable social stratum and continues to work diligently in diverse settings.

In his individual consultations he sees, on an average, 40 clients a day, in a 10-hour schedule. He conducts training programmes for top corporate executives across the country. He mentors young artists, athletes, players, singers to optimise their performances. He addresses groups of parents and teachers on a range of topics. He trains elite commando forces and also teaches postgraduates in Psychiatry and Psychology. He has contributed to the National Planning Commission as a Consultant, and also is on the board of listed companies as an Independent Director.

Dr Nadkarni has pioneered the 'Institute for Psychological Health (IPH), a unique NGO, where more than 70 mental health professionals work under one roof. In addition to giving care to individuals, they also operate a number of support groups, and work on continuous educational projects and services that range from a full-fledged Audio-Visual unit to a Telephonic Helpline 'Maitra'. Under the competent stewardship of Dr Nadkarni, unique community projects like Jidnyasa (Adolescent sensitisation), VEDH (Vocational Education–Direction- Harmony) are now organised in several cities of Maharashtra. Thousands of students and parents attend these events and trained local volunteer groups organise them.

Dr Nadkarni is also Founder Trustee of Muktangan De-addiction Centre in Pune, a comprehensive Rehabilitation Facility with over 200 inmates at a time, and staff of over 70 committed workers.

Dr Nadkarni has written 17 award-winning books in Marathi, many of them in double digit editions. Some of his books have been translated into English as well as adopted to the Braille language.

While working with top Industrial houses like RIL, Siemens, Cipla, Indoco, Dr Nadkarni and his team also pitch in as Corporate Mentors for upcoming middle- level entrepreneurs in various fields.

Similarly, IPH is also associated with reputed voluntary organisations such as SEARCH (Gadchiroli), PRATHAM (Mumbai) and SANGATH (Goa). In addition to his literary contribution in the form of books, plays written by him are regularly performed on professional Marathi stage, and have won many awards. He has been a creative consultant to a National Award winning film, DEVRAI, and a State Award winning film, KADACHIT.

With his study of Hindu Philosophy, especially Vedanta, Evolutionary Psychology, World History, Indian History, World and Indian Cinema, as well as Literature, his conversations and presentations have a rare, holistic integration of several disciplines. Dr Nadkarni has also developed an interesting series of talks and workshops on ‘History and Mental Health.’ CDs /DVDs of his talks on different subjects are widely available.

Three albums of inspiring songs written and composed by Dr Nadkarni focused on young students, have been published. These are played in many educational institutions. Incidentally, the education board of Maharashtra included one lesson written by him in the ninth standard Marathi textbook.

The indefatigable Dr Nadkarni is the recipient of numerous prestigious awards and prizes for his contribution to Mental Health, Literature and Dramatics, and the list is expanding every year. 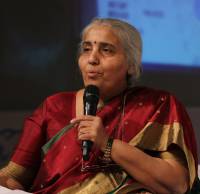